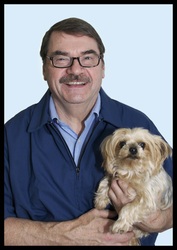 Dr.Othmar 'Oats' Telep graduated from McMaster University with a degree in Biology. He took a year and a half sabbatical to learn about the world by traveling in Europe, Africa and the near east.
Dr. Oats joined the staff of Bramalea Animal Hospital just after graduating from the Ontario Veterinary College, Guelph in May of 1978. He liked the people and pets and place so much that he has been here ever since. He became a partner in the practice in 1985 and the practice owner in 1994.
He is a member of the Ontario Veterinary Association, the Toronto Academy of Veterinary Medicine and the Canadian Veterinary Association and an associate of the American Animal Hospital Association.
He is an empty nester now with wife Marie but currently shares his home with one canine a Yorkshire terrier, Shelby, and seven feline friends- Lexa, Jack, Shadow, Lielu, Elli, Raynne and Ivy. 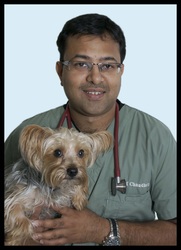 Dr. Chaudhary immigrated to Canada in 2006 and worked as a veterinarian in Yukon before coming to Ontario. He joined Bramalea Animal Hospital in 2009. The spare time is spent with his wife, 8 year old son Harsh and 2 year old daughter Samaria. He loves trekking the outdoors whenever he gets a chance. 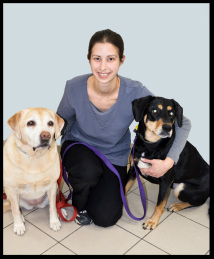 Kelly has worked for Bramalea Animal Hospital since May 2000. She graduated from Guelph University, Ridgetown Campus in 2010 as a Veterinary Technician.

She enjoys spending time with her Husband Brian and son Nathan. They have a Lab named Riley, a Doberman/Shepherd named Bucky and a Quaker Parakeet named Lily. 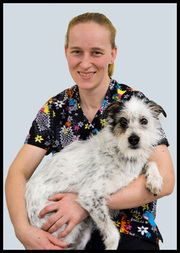 Tawnya graduated from the Veterinarian Techician Proram at Northern College in 2011 and from the Companion Animal Physical Rehabilitation Program (also at Northern College) in 2012. She has worked full time at Bramalea Animal Hospital since September 2013. Outside of work she enjoys spending time with her two dogs Oscar & Leo, her cats Charlie & Chloe and riding her horse Tex; competitively Reigning events. 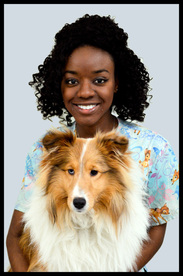 Eushauna has been working at Bramalea Animal Hospital since December 2011 as an ACA, and having recently completed her studies at the University of Guelph- Ridgetown Campus, also as a Veterinary Technician since September 2013. Her passions also include art/animation, web design, reading, writing and theatre. Her one and only fur baby at the moment is a Sable Merle coloured Sheltie named Angel, with future plans to own an Ocicat.

Originally from Guyana, she has loved animals ever since the age of 5 and credits movies like The Lion King, Lassie, Air Bud, Babe, Charlotte's Web (to name only a few) as influencing factors in her decisions to one day become a Veterinary Technician. After moving to Canada at the age of 14, the first steps toward her chosen career path followed. In her spare time she us usually watching one of her multiple television shows, Netflix or a movie with her mom & dad or friends. Writing is yet another hobby of hers- she considers to be therapeutic, whether its fantasy based or a personal reflection.

Always ready to greet clients and their four legged babies with a warm and welcoming smile, as well as her positive energy and personality. Eushauna loves being a part of the Bramalea Animal Hospital team. 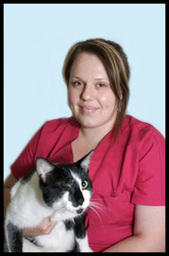 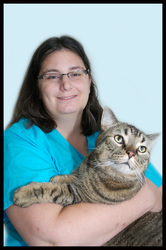 Robyn has been with Bramalea Animal Hospital since 2010. She went to University of Windsor for a Bachelor in English and Creative Writing, and also received her certification in Animal Behaviour from ICS Canada. She has neem working in the animal care field for 12 years.

Robyn is a member of the Hermit Crab Association of Canada, and the Budgerigar & Foreign Bird Society of Canada. She has 2 cats Sampson and Champ (pictured) both rescues, a colony of 30 hermit crabs, an aviary of exotic birds, including her 11 year old cockatiel Wuzo, and a turtle. Robyn has been married to her husband since 2009 and together they show exotic birds in competition.

In her free time, Robyn enjoys photography, scrap-booking, watching movies, reading and spending time with her family and pets. 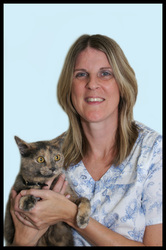 She is enjoying her retirement by spending time with her husband Mark and their two children Amy and Jeremy. She shares her home with two Labrador Retrievers, a cat, a rat and a guinea pig.

Cathy will be missed at the Bramelea Animal Hospital, we wish her all the best during her retirement. 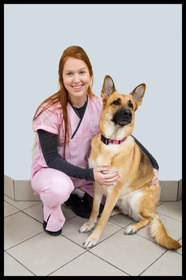 Christine in the newest member of our Veterinary reception team. Christine has been in the veterinary field since 2012 while finishing her education part time.
Her fur family includes two cats 'Cain & Lacee', a brother and sister rescued from the streets, and her best friend 'Dakota', a 5 year old German Shepherd she has had since birth. When not at work she enjoys spending time with her family & hanging out with 'Dakota'. 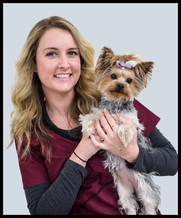 Ashley is a Veterinary Receptionist and has been employed at
Bramalea Animal Hospital since 2006.  Ashley graduated from the
Animal Care program at Sheridan College in 2003  In her spare time she enjoys going to the gym, playing baseball, watching movies and spending time at the cottage with family and friends. Ashley has two cats, Easton and Timber, and a playful Yorkie named Zoe. 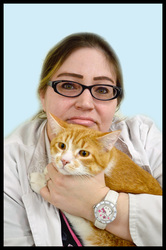 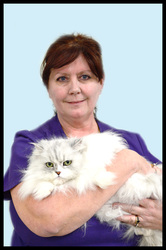 At the moment she has 3 cats: "Sam" (17), "Misty" (7), and "Taboo" (5). She enjoys maintaining a century home & finding Canadians antiques to fill it. She likes going to auctions, antiquing. Loves horses/riding; walking, reading, gardening, and watching auto racing.

She moved here from Montreal and started at Bramalea Animal Hospital in 1986, left in 1988 and was asked in 1990 to come back and help out part time- and has been here ever since! 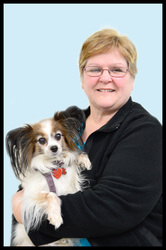 The bookkeeper for Bramalea Animal Hospital, Nita Warren has been with us since 2009. Nita is a graduate of Georgian College and has had a long successful career and a wide scope of experience with a good variety of businesses from an accounting firm to our Vet Practice and everything in between.

Nita lives with her husband in Orillia, she has two children & six grandchildren and two great-grandchildren. They do not have a furry family due to allergies but they enjoy the pets of friends & neighbours who stop to chat on their walks. She always looks forward to seeing the furry friends at Bramalea Animal Hospital.